Since quite a while now we have been working on an extended XARF standard using simple json syntax. The current state of the schema can be found on github: abusix/xarf. This is also where changes can be proposed and discussed.

Quite a few types can already be used, the list of supported report types looks like this:

This list, of course, is still very small, but it covers several important types responsible for a big chunk of all reports. If there are report types you would like to see supported, just message us with the details and we will see how we can integrate them into XARF and AbuseHQ.

The syntax of a report is relatively simple, this for example is a copyright report:

All information about the source of the copyright infringement is easily accessible, as is the contact information of the reporter. Of course not all of these field have to be present. Look into the schema to find out which fields are required and which are not. More samples can be found in the xarf repository.

The integration into AbuseHQ is really simple. Just follow the steps below.

1. Getting an API token

To send in reports, you first need an API token. First, head to AbuseHQ, open the settings menu and select API Keys:

You can then create a new key by clicking Create API Key. A key creation dialog will open. Simply chose a name and click Create:

The new key is now created and ready to use!

All XARF reports delivered by this method are processed just like regular reports, including inbound processing and how they are displayed in AbuseHQ. The following pictures are the result of the copyright report from Example reports, send using curl. To replicate this, just save the report in a file called copyright.json and run the following command with the API Key created above:

These are some screenshots of the report in AbuseHQ, after it was delivered using curl. 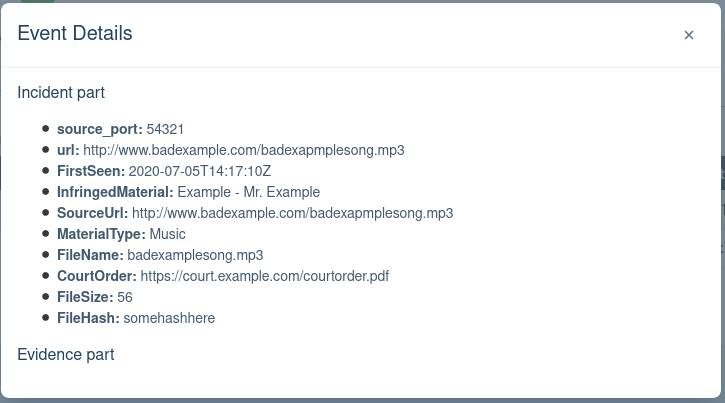 March 2021: Starting with version 2 XARF allows including information that helps with processing when you use it for internal reporting. You can, for example, include information about the subscriber and contract, or add tags. The following is an example of the new structure: 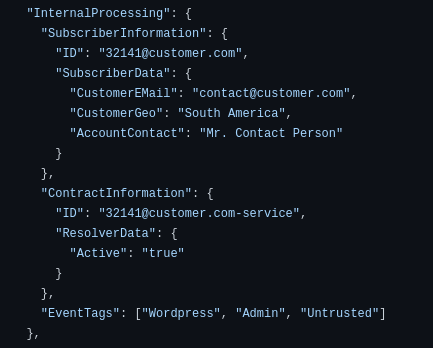 You can view a complete and valid example here:

Internal Processing is completely optional and only needed for use cases where you already know certain information at the point where you are creating the report. This simplifies internal processes because you don’t need to perform additional lookup steps later on.

Automatic Parsing and Resolving in AbuseHQ

If you are using AbuseHQ you can immediately leverage the new XARF version for internal reporting. If you include a subscriber id and potentially some more data about subscriber and contract, then you don’t have to perform additional resolving in the Inbound Processing part of AbuseHQ anymore.

In your inbound processing configuration, you need to add a filter to check whether that id has already been set and avoid any other resolver components, because otherwise the information would be overwritten. 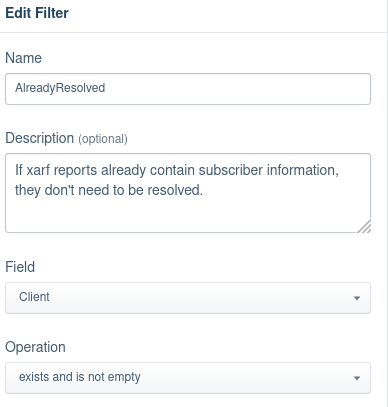 Then attach this component before any resolvers and make sure that the green/positive output doesn’t route through any resolvers. This is a simplified example: 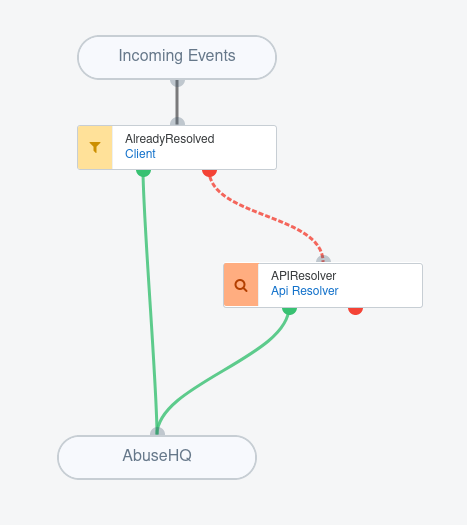 Don’t forget to save the configuration and take it live. From now on all your XARF reports that contain subscriber (and contract) information won’t need to be resolved during inbound processing anymore. As you can see here, the subscriber information is added to the subscriber and case in AbuseHQ: 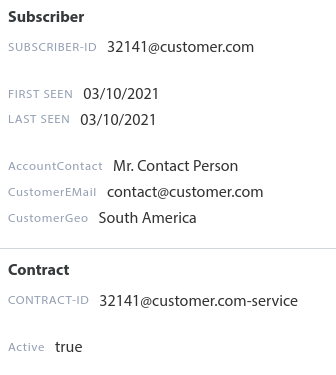 To learn more about the new XARF schema, head over to the abusix/xarf repository: abusix/xarf

Can’t find what you’re looking for?

Our award-winning customer care team is here for you.